Melissa Kline joined The MetroHealth System in 1998. As Senior Vice President - Patient Care Service and Chief Nursing Officer, Melissa partners with the Vice President, Hospital Operations, to oversee MetroHealth’s inpatient facilities. These include main campus, Old Brooklyn Campus, and the Parma and Cleveland Heights Medical Centers that opened early in 2018. In addition, she oversees all aspects of nursing practice for the system, leading more than 2,000 nurses.

Kline is a member of the American Organization of Nurse Leaders (AONL), Ohio Organization of Nurse Leaders (OONL), The Greater Cleveland Association of Nurse Leaders (GCONL) and the American Association of Critical-Care Nurses, including the Lake Erie Chapter. She has participated on AONL’s task force - Preparing Nurse Executives to Lead Population Health and on the abstract review panel for the American Nurses Credentialing Center 2016 Magnet Conference. She has been on the Board of Directors at Lifebanc since 2012 and also serves on the Board of Directors of the Domestic Violence & Child Advocacy Center. Kline was appointed to the Magnet Recognition Program®’s Commission on Magnet in 2017.

Katie Carney has been with The MetroHealth System since 1989. As Associate Chief Nursing Officer, she is responsible for ensuring the highest quality clinical practice, promoting performance improvement and nursing research, and ensuring outstanding patient experience for the ambulatory areas.

Carney began at MetroHealth as a Clinical Nurse in the Medical Intensive Care Unit. Then, as a Nurse Manager, she supervised several critical care units. As a Director of Nursing, she led the critical care areas and served an interim role in the Emergency Department. Her most recent experience included managing the clinical operations of ambulatory sites, medical units and inpatient psychiatry.

Carney was honored in 2013 with The University of Akron School of Nursing Distinguished Alumni Award.

Kimberly Green joined The MetroHealth System in 2015. As Director of Women and Children’s Care & Rehabilitation, Green’s clinical responsibilities cover inpatient and outpatient perinatal and pediatric units. With the passion and focus on excellent customer service and outstanding clinical outcomes, Green is responsible for clinical practice, promoting the highest quality and performance improvement initiatives, management of fiscal resources, regulatory oversight and assuring a safe environment for patients and staff. 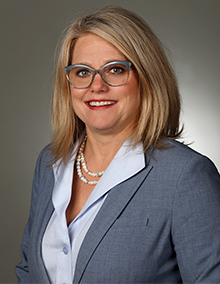 Theresa Hannu joined The MetroHealth System in 1997. As Associate Chief Nursing Officer, she is responsible for ensuring the highest quality clinical practice, promoting performance improvement and nursing research, and ensuring outstanding patient experience for the in-patient units. She also oversees the wound and ostomy care nurses (WOCN) and stroke program.

Hannu began at MetroHealth as an Emergency Department Clinical Nurse. Her later roles included Nurse Recruiter and Nurse Manager in the Surgical Units, Pre-Surgical Evaluation, the Post Procedural Care Unit, and the Post-Anesthesia Care Unit. As a Director of Nursing, she supervised critical care and the surgical areas. She was the clinical lead for the Critical Care Pavilion expansion. 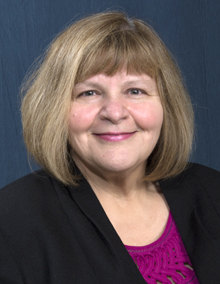 Diane Legenza joined The MetroHealth System in 2018. As Director of Nursing Medicine, Surgery, Psychiatry, & Radiology, Legenza’s clinical responsibilities cover adult inpatient units, as well as interventional radiology. She is a passionate nurse leader who places a strong emphasis on providing safe patient care and a superior experience for both the patients and the caregivers.

Bringing over 30 years of nursing experience to MetroHealth, Legenza has held clinical and leadership positions in various practice settings, including medical-surgical and emergency services. She is member of Sigma Theta Tau International Honor Society of Nursing and the Greater Cleveland Organization of Nurse Leaders.

Prior to joining MetroHealth, Podmore gained experience in critical care locally and as a traveling nurse. After returning to Cleveland, she was introduced to MetroHealth as an agency nurse in the Surgical Intensive Care Unit. This resulted in her joining the MetroHealth team in 1990 as a Clinical Nurse in the Emergency Department. Since at time, Podmore has worked as a Flight Nurse Specialist/Coordinator, Nurse Manager of Medical Surgical Stepdown Unit, Director of Clinical Operations in Medical Specialties, Ambulatory Clinical Efficiency Analyst, and Director of Ambulatory Clinical Operations.

Kathleen Rizer has been with The MetroHealth System since 2012. As Director of Nursing, Ambulatory Care, she is responsible for the clinical operations of inpatient and outpatient areas. These areas include the outpatient Oncology and Heart and Vascular departments, in-patient cardiac units as well as Endoscopy. With the focus on excellent customer service and outstanding clinical outcomes, Rizer is responsible for clinical practice, management of fiscal resources, quality and performance improvement initiatives, regulatory oversight and insuring a safe environment for patients and staff.

Rizer’s earlier experience includes Nursing in the Intermediate Health Unit, Director of the Heart Lab and other leadership positions at another health care system. 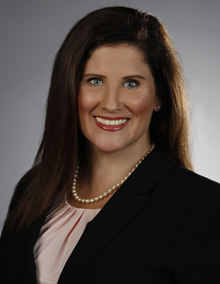 Dr. Wendy Sarver joined The MetroHealth System in 2009. As Director of Nursing Research, she provides oversight in the development, implementation and dissemination of nurse-led research and innovations throughout MetroHealth. Her responsibilities include mentoring nursing staff in all clinical departments on research design, data analysis and methods to address specific aspects of patient and organizational outcomes. Dr. Sarver serves on the Institutional Review Board and Privacy Board at MetroHealth, while continuing to advance her own program of research in the areas of nurse education and hospital systems.

She serves on the Board of the Ohio Organization of Nurse Leaders (OONL) as the chair of the Evidence Based Practice Committee, presents research findings at national conferences and has many publications in peer reviewed journals. She was inducted into Sigma Theta Tau International and Golden Key International Honor Societies, and awarded the American Association of Colleges of Nursing AfterCollege Scholarship, a MetroHealth Nursing Excellence Award for Excellence in Nursing Research, and was appointed as an advisory committee member for ANA Barriers to RN Scope of Practice Issues Panel. 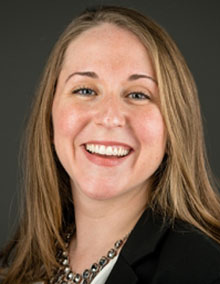 Kelly Seabold joined The MetroHealth System in 2005. As Director of Nursing Excellence, she directs and integrates a culture of nursing excellence by developing and leading the annual planning process of the nursing strategic plan; identifying critical issues and strategic opportunities in nursing; and developing strategic recommendations to optimize growth and development of the nursing department. Her responsibilities include oversight of all aspects of the Magnet designation process, promoting nursing knowledge and evidence-based practice, and professional development of nurses across the system.

Seabold began at MetroHealth as a Clinical Assistant in the Cardiac Intensive Care Unit.  After obtaining her nursing degree, she transitioned into a Clinical Nurse role on the unit and then the role of Nurse Manager of the Cardiac Stepdown Unit.  In 2013, Seabold assumed the role of Magnet Program Manager and helped lead the system in achieving its third Magnet Designation.

Seabold is member of Association for Nursing Professional Development (ANPD), The Greater Cleveland Organization of Nurse Leaders (GCONL), and The Ohio Organization of Nurse Executive (OONL), where she serves as an Invited Board Member and member of the Evidence Based Practice Committee. Seabold was honored in 2018 with the OONL Aspiring Nurse Leader Award and recognized by Crain’s Cleveland Business as a Forty Under 40 Honoree.

Debra Sparks came to The MetroHealth System in 2011. As Director of Regional Perioperative Services, she is responsible for the MetroHealth Main Campus Operating Room and MetroHealth’s Surgery Centers at Brecksville, Parma and W. 150th Street.

Before coming to Metrohealth, Sparks worked for a total of 28 years, in a Post-anesthesia Care Unit and the Operating Room and as a Nurse Manager at other health care systems.

Charlene Warner joined The MetroHealth System in 2001. She is Director of Nursing, Emergency Services, which consists of the MetroHealth Main Campus Emergency Department and Clinical Decision Unit, as well as Metro Life Flight. It also includes MetroHealth's Emergency Departments in Brecksville, Cleveland Heights, and Parma. Warner directs the efforts of Nurse Managers to ensure adherence to organizational and nursing policies, procedures and protocols relating to patient care, as well as exemplary outcomes.

Prior to coming to MetroHealth, Warner worked as a Registered Nurse, Clinical Preceptor, Nursing Supervisor at other health care systems, and Clinical Nursing Instructor for Pediatrics and Adult Critical Care.

Sandra Wright-Esber began her career at The MetroHealth System in 1984. As Director of Advanced Practice Nursing she leads more than 200 Advanced Practice Registered Nurses (APRNs) throughout the system. In addition, she created a Breastfeeding Clinic at MetroHealth, only the second in the area, which focuses on medical care of the breastfeeding mother and infant.