On Saturday, October 28, 2017, eight individuals were inducted into the MetroHealth Medical Hall of Honor. 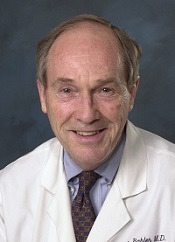 Robert C. Bahler, MD learned a sense of service and humility at an early age when he accompanied his father, a general practitioner, on house calls in rural Ohio.

As a resident at MetroHealth, he worked with Charles H. Rammelkamp, Jr., MD, demonstrating that antibiotics for rheumatic fever could prevent rheumatic heart disease. In 1968, he completed his internal medicine and cardiology residencies and joined the faculty of Case Western Reserve University (CWRU) School of Medicine.

Dr. Bahler was division director of cardiology from 1986 to 1997, associate director of the Department of Medicine and president of the medical staff from 1987 to 1989.

He received the Kaiser Permanente Excellence in Teaching Award from CWRU and the Evelyn Hess Master Teacher Award from the Ohio Chapter of the American College of Physicians. Dr. Bahler is professor emeritus at CWRU School of Medicine. 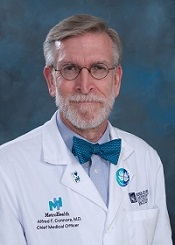 Alfred F. Connors Jr., MD joined MetroHealth in 1974 as an intern. His devotion to the mission guided him as a clinician, scientist, teacher and administrator.

He was the first director of the Medical Intensive Care Unit, division director of pulmonary and critical care, chair of the Department of Medicine, chief medical officer, chief clinical officer and chief quality officer.

A productive scientist, he led two seminal studies: one described care at the end of life in the U.S. and inspired a national movement toward hospice and palliative care; the other demonstrated the lack of effectiveness of bedside hemodynamic monitoring and changed the practice of critical care. 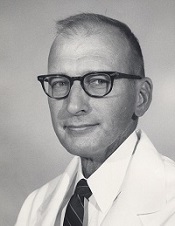 Alvin A. Freehafer, MD was head of orthopaedics in the 1960s at MetroHealth, building an internationally known center of excellence in spinal cord injury care and research.

After becoming chief of Spinal Cord Injury Services, he was appointed founding director of the newly formed Department of Orthopaedics in 1980. Dr. Freehafer was a pioneer of tendon transfer surgery, which helped restore partial function to paralyzed hands and arms.

His work on tendon transfer set the groundwork for development of the renowned Cleveland FES (functional electrical stimulation) Center.

Dr. Freehafer’s dedication to surgical innovations and rehabilitation emerged at a time when there had not been interventions to help spinal cord injured patients regain function and live independently. 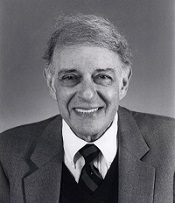 Jerome I. Kleinerman, MD and his research helped set standards for diagnosing occupational lung diseases caused by asbestos, coal and other environmental hazards. Dr. Kleinerman and his colleagues were also first to identify early damaging effects of tobacco smoke on the lungs.

After starting his career at MetroHealth as a pathology resident in 1951, he went on to become director of both the pathology and clinical pathology departments at the former Saint Luke’s Hospital in the early 1960s.

Known as a dynamic teacher who trained many pathologists, he enjoyed lecturing in medical schools throughout the United States and Europe until his retirement. 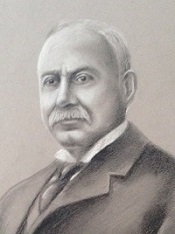 John H. Lowman, MD devoted his life to the treatment of tuberculosis. He joined the medical staff of MetroHealth in 1891 and, in 1904, founded the Anti-Tuberculosis League of Cleveland.

Dr. Lowman and his colleagues began opening free clinics in the city and founded Sunny Acres, one of the first sanatoriums in the U.S. where patients could take the “fresh air cure.” His local activism expanded into national positions of prominence. 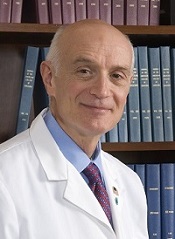 Mark A. Malangoni, MD was chairman of MetroHealth’s Surgery Department for more than 20 years. A national leader in trauma care and surgical infections, Dr. Malangoni joined MetroHealth in 1990.

He led the hospital through an accreditation process of the American College of Surgeons (ACS) Committee on Trauma, which in 1992 resulted in MetroHealth becoming one of the first verified trauma centers in the region. Dr. Malangoni is a prolific researcher and author.

He collaborated on research that altered the treatment of necrotizing soft tissue infections and revised the management of abdominal injuries.

He has served at the highest levels of national surgical leadership, including as chair of the American Board of Surgery and member of the ACS Board of Regents.

In 2011, Dr. Malangoni became associate executive director of the American Board of Surgery, based in Philadelphia. 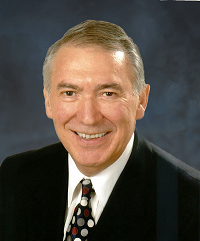 Anthony S. Tavill, MD was known internationally for his treatment of diseases of the liver. The Manchester, England, native arrived at MetroHealth in 1975 to be the head of gastroenterology.

He became a long-time professor of medicine at Case Western Reserve University (CWRU) School of Medicine and was recognized as a talented physician, teacher and writer.

Dr. Tavill authored more than 200 original articles and over 40 book chapters, with notable research accomplishments in the areas of hepatic protein synthesis, the role of the liver in iron metabolism, Budd-Chiari syndrome and albumin production in patients with liver dysfunction.

He was elected to the American College of Physicians, served as president of the American Association for the Study of Liver Diseases (AASLD) and was an American Liver Foundation board member.

Among his many honors, he received the Kaiser Permanente Excellence in Teaching Award at CWRU in 1989 and the AASLD’s 2001 Distinguished Service Award. 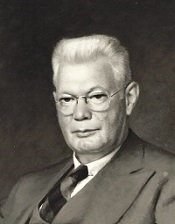 John A. Toomey, MD, was called “polio’s foe” — one of the most influential researchers and physicians nationally in the areas of polio diagnosis and treatment. Appointed as director of the Contagious Diseases Division at MetroHealth in 1924, Dr. Toomey became one of the first physicians to prescribe physical therapy to polio patients.

His research helped to identify the route of the poliomyelitis virus into the body through the gastrointestinal system.

He died in 1950 before the peak of polio’s devastation in the U.S. and the development of the Salk vaccine, but he was widely credited with making MetroHealth one of the country’s leading centers for polio research and treatment.