The MetroHealth Medical Hall of Honor pays tribute to individuals who have transformed MetroHealth and the practice of medicine. 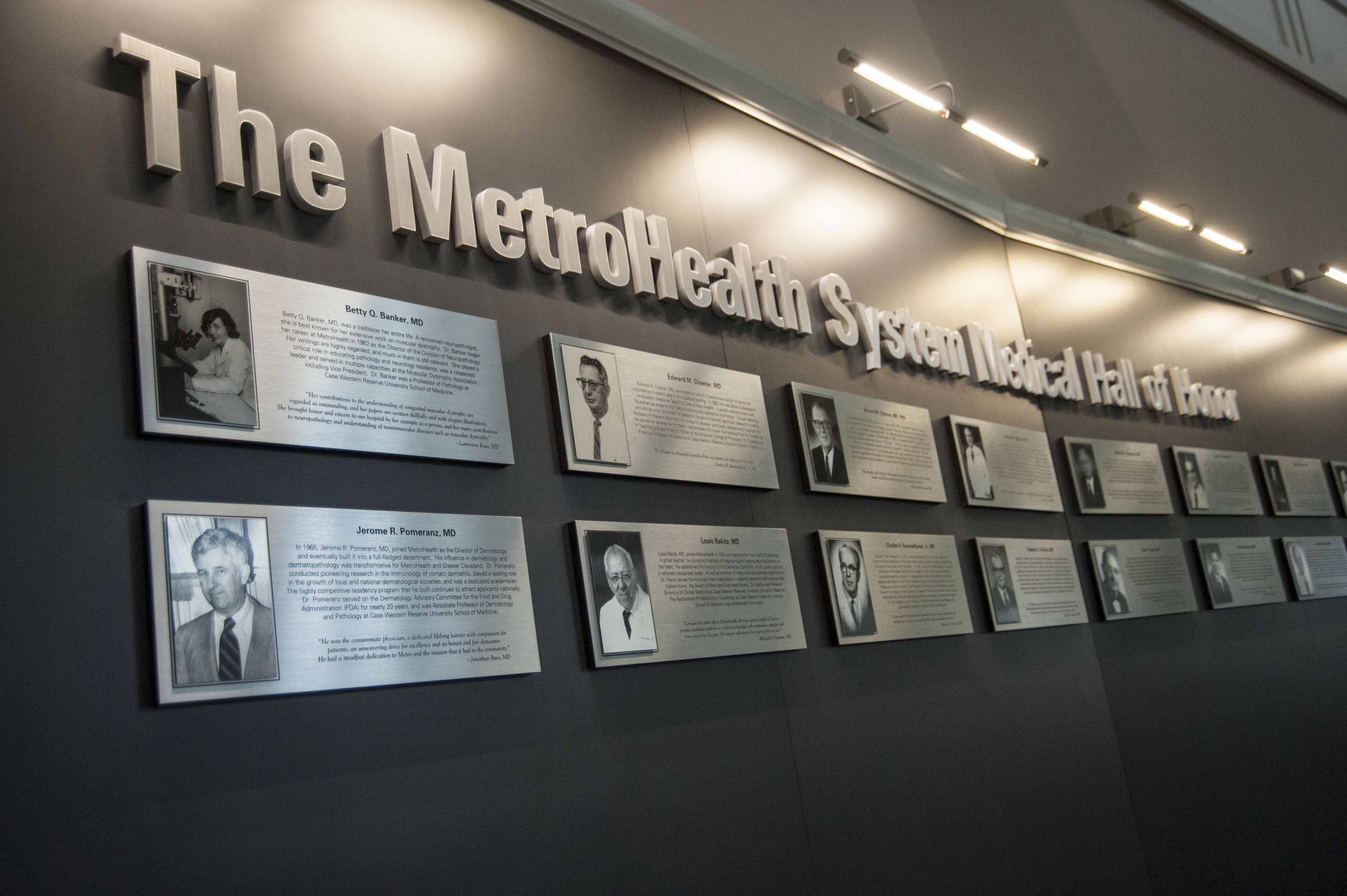 The Hall of Honor was established in 2011 to mark MetroHealth’s 175th anniversary. Over 140 letters of nomination were received from alumni, faculty and former faculty. A distinguished panel of MetroHealth physicians and volunteer leaders evaluated the nominations using a prescribed set of criteria and a rigorous rating system.

Twenty individuals were selected for the first class of the Hall of Honor. They were officially inducted at The Champions Ball on October 15, 2011.

The unveiling of the Hall of Honor, on May 16, 2013, was attended by several of the inductees, their families and friends. You can find the Hall of Honor in the Rammelkamp Atrium, where its engraved plaques provide testament to the visionary work of these MetroHealth luminaries.

MetroHealth alumni, faculty and former faculty submitted 36 nominations. The nominees were evaluated by a rating system and scored accordingly.

Read more about the 2022 class

MetroHealth alumni, faculty and former faculty submitted more than 40 letters of nomination, which were reviewed by a selection committee comprised of MetroHealth physicians.

Read more about the second class of the MetroHealth Medical Hall of Honor:

Learn more about the inaugural class of the MetroHealth Medical Hall of Honor: