Lincoln-West School of Science and Health at MetroHealth

“We are proud to partner with MetroHealth and the Cleveland Metropolitan School District in support of their ongoing commitment to education in the areas of science, technology, engineering and mathematics (STEM) for underserved youth, a core funding priority for The Lubrizol Foundation,” Lubrizol Foundation President J. Mark Sutherland said shortly after the foundation’s gift in 2017. “Lubrizol’s founders believed that higher education, specifically in the sciences, plays a critical role in building strong businesses and communities.”

Open since September 2016, the Lincoln-West School of Science and Health at MetroHealth has more than 170 9th, 10th- and 11th-grade students, with the goal of expanding so the program can be offered to more students. 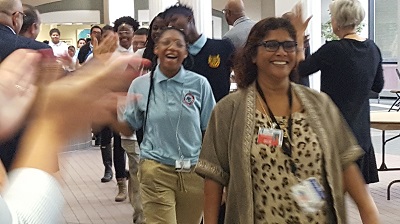