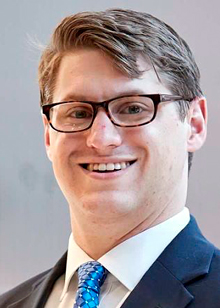 James Lawson Hahn is a native of Oxford, Mississippi. He received a Master of Health Administration from the University of Memphis and a Bachelor of Business Administration in managerial finance from the University of Mississippi (known as “Ole Miss”). After undergraduate studies, he began his journey in healthcare at the Oxford Treatment Centre, a substance abuse treatment center. While there, he worked as an office manager and was in charge of opening an outpatient office for the organization.

During graduate school, James worked as an administrative resident for two years at Baptist Memorial Hospital - Memphis, which is part of the Baptist Memorial Health Care System in Memphis, Tennessee. This gave him the opportunity to work directly with the hospital’s executive leaders. Projects included promoting the use of evidence-based computerized physician order sets (CPOS)  for the treatment of congestive heart failure and acute coronary infarction among the practicing Emergency Medicine and Hospital Medicine physicians, as well as identifying ways to reduce third-party payer denials, improve processes in reducing operating room turnover times, and more.